From homelessness to Providence's new interim superintendent: A sit-down with Javier Montanez 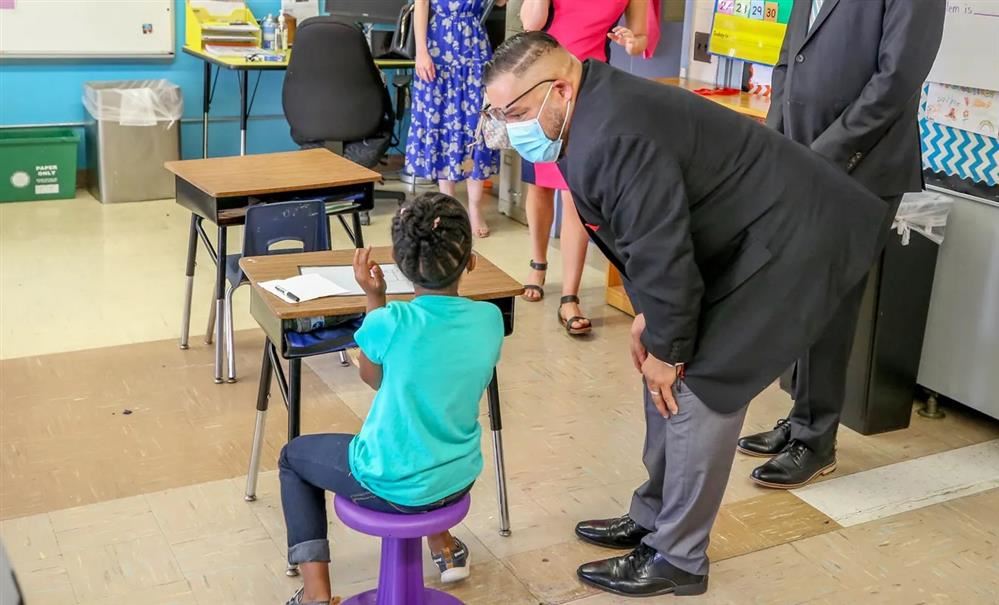 New interim Providence Schools Supt. Javier Montanez, a former principal and multilingual teacher with 25 years in the city’s school system, has been hailed by teachers and community leaders as a healer, someone who will restore confidence in a district that has struggled since it was taken over by the state in November 2019.

An educator who is a product of the district’s public schools, Montanez will be asked to set the system back on track after the messy departure of the former superintendent, Harrison Peters.

Although he is not tasked with breaking the stalemate in contract negotiations, he is well-liked by the rank and file and may be able to set a new tone now that talks are resuming.

The Journal asked Montanez about what made him who he is today.

You were homeless at one point. Tell me about your childhood.

“As a young man, I ended up in Providence. In high school, I attended Hope High School. I didn’t graduate."

Asked how he found himself homeless, Montanez said, “I like to reserve that information. My family had a lot of issues.

“What was tough was being in Roger Williams Park. Going to Hope was almost a safe haven. I knew I could move out of the weather. I had two square meals a day.”

Was there a teacher or some other adult who made a difference in your life?

After leaving school, Montanez moved back to New York City, where he had previously lived.

What made you continue with your education?

“It was two-fold. When I dropped out and returned to New York, I met my [future] wife, who I had known since I was a child of 5. I said then that I’d marry her. We’ve been married for 37 years.

"As a teenager, my wife became pregnant, and I told myself I had to do better. I was earning $89 a week.

“I thought I wanted to go into the military and support the family. I didn’t know I needed a high-school diploma to apply. I started attending [a program] to earn my GED. I was amazed I was able to pass it the first time. I fell in love with education.

“I began asking, ‘What if?’ What if led me to Boricua College in New York. I went there for my GED and did my associate’s degree and bachelor's degree there. I never went into the military.

What led you back to Rhode Island?

“I have some family here. It felt like home. I was starting a life with my wife. When I had the opportunity to teach here, it was about paying it forward. I learned the basics here.

"I was thinking of coming back to visit my teacher. But he had passed. In honor of him, I’ve been paying it forward ever since, trying to give back to my community.

Why do you love teaching?

“There is nothing in the world like it. When you are helping a child and a light bulb turns on. They get the beginning of, ’I’m capable. I believe in myself.'

What drove you to earn your doctorate?

“I have a couple of friends to blame for that — David Alba and Mike Solito. They pushed me toward my master's. It was a scary move. We pushed each other to get our doctorates from Johnson & Wales University. They were teachers."

Everyone says Leviton Dual Language Elementary School, where you were principal, is a place of joy. What did you do to instill that feeling?

“First and foremost, I asked, How do people feel when they walk in the door? I wanted to make sure everyone feels welcome, feels valued, and that their concerns are taken seriously.

“I always start the day by saying, 'Good morning, my brothers and sisters.’ I meet them at the door. I speak with them.

“I meet with children for 30 minutes every morning in the cafeteria or outdoors, and we have conversations. That sets the tone that we are one, that we must love each other.”